The 2go streamer/server transforms the abilities of the Hugo 2, adding both Ethernet and wireless streaming, plus 4 TB of microSD card storage to the award-winning DAC/pre/headphone amp 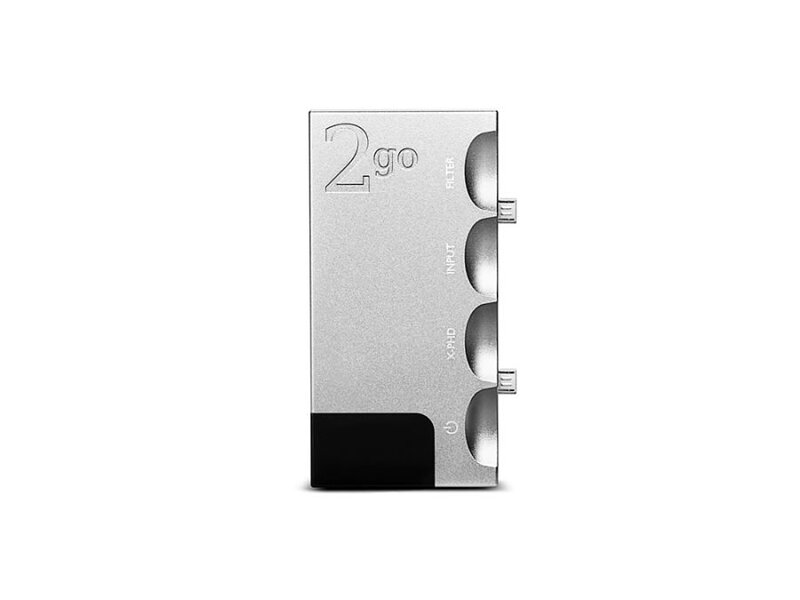 2go is a high-performance streamer/server that transforms the Hugo 2 DAC into a fully featured Wi-Fi- and Ethernet-enabled device with up to 4 TB of solid-state library playback, bringing the proven sound quality benefits of our award-winning Hugo 2 DAC technology to network audio.

2go benefits from 2x 2 TB-rated microSD card slots for digital storage and playback, enabling Hugo 2 as a high-capacity digital music server (using MPD), in addition to its music streaming abilities. Crucially, when using 2go with Hugo 2, (once charged) all forms of digital playback can benefit from battery power alone, negating the need for external power supplies for the ultimate in purist audio.

Wireless convenience (2.4GHz Wi-Fi and A2DP Bluetooth) combine with the stability and performance of wired (Gigabit) Ethernet connectivity, the latter offering set-up-free plug and play operation. 2go also benefits from comprehensive audio interfacing and offers Tidal, Qobuz and Internet radio playback with Spotify (and others) earmarked for the future. 2go is also Roon Ready, offers gapless audio and DoP/Bit Perfect support, as well as being fully DLNA-compliant (server/renderer) and AirPlay-ready.

A key feature of 2go is its auto-switching input function: every audio interface is always on, therefore switching between inputs is as easy as hitting ‘play’ on the chosen control point app; 2go convenience-switches between all its inputs automatically, giving a seamless user experience when playing music from different sources or even streaming services.

In order for 2go to perform as a fully functional streamer, a connection with Hugo 2 (DAC/Preamp/Headphone amp) or 2yu is required.